I follow ‘Jump for Joy’ blogger who always posts inspirational quotes. I can really say that these short sentences of inspiration give an injection of optimism to me on daily basis. I am sipping my morning coffee right now. It’s been raining these past couple of days, and it’s a perfect time to sit by the sea and stare in nothingness that spreads in front of me.

I’m about to turn 30 soon, and you know what I’ve been telling to myself very often lately? I would wake up in the morning, jump on my two feet, and would consequently whisper myself in the ear ‘One more day in my 20s’. It just sounds so good to me. It’s like a melody to my ear.

I just have one hope and wish for myself – I hope that I will always try to follow my dreams and to point my eyes towards happiness no matter what comes.

Have a lovely day! 🙂

As I open my laptop, I see my reflection in the screen of my little, black Toshiba. I like what I see. I like the moment that I’m in. I like the surrounding. I see a girl, a woman, happy one – one who is about to travel to the south of France. I have a blue summer shawl wrapped around my neck. It’s falling gently on a summer dress that I put on this morning. First time in my life, I chose to buy fake Converse – black ones that I’m wearing now.

I realized that the real ones are way too expensive and I could give a go to the fake version. So far, I’m not disappointed. There isn’t a Converse logo and I know that I’m not wearing original Converse, but these ones will do as well. Although, it must be pointed out that I’m still a big admirer of real Converse shoes, so I won’t quit on them that easily.

I can remember exactly what colour of Converse I was wearing when visiting a certain country. In Italy, I had brown version. In Scotland I had purple ones. In Czech Republic I was wearing blue ones. I took white ones on my Balkan trip. And I had olive version as well, and I ‘m not quite sure, but I think I went to the south of Italy wearing those.

So, here I am, wearing my black Converse, sitting in a cafe at the promenade of Split, sipping my second espresso this morning, staring at the palm trees, looking at the tourists and locals enjoying the morning, before the place gets to crowded. It’s still early. You can only hear the seagulls cawing, motor of a ferry running, the sound the cutlery produces as it hits the table in a nearby restaurant.

And I’m thinking, here I am now, wearing summer dress, sipping a macchiato, and in a two weeks’ time, I’ll be relaxing somewhere in Provence, I’ll be surrounded by a beautiful French language, and I’ll be probably wearing a summer dress as well, accompanied by fake Converse. 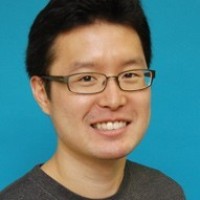 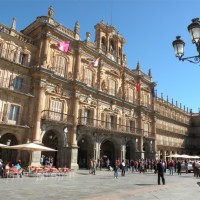